Laughter, Sunshine and Screams of Joy in St Kilda!

Luna Park Melbourne in St Kilda is Australia’s oldest and most iconic amusement park, a loadstone for locals and tourists alike.

Now I’m sure you’re all familiar with Mr Moon, the giant laughing beachside face that swallows you whole on your joyous walk into the famed amusement grounds, but are you aware of the background behind one of St Kilda’s oldest attractions?

No? Fabulous! Hold on to your hats ladies and gents, I’m about to take you for a ride!

Established by American showman JD Williams along with the Phillip’s brothers, Luna Park located on the Port Phillip foreshore opened on the 13th of December 1912 to thousands of exuberant individuals.

Fun fact, John Dixon William the American showman, was in fact a famed film producer and studio executive. He was responsible for the very first one million dollar contract in film history going to none other than Mr Charlie Chaplin.

The creation of Luna Park St Kilda was carefully thought out with the brothers bringing out specialists from New York’s famed Coney Island to advise on the creation of our iconic amusement park, which was actually built on the foundations of a previously failed park by the name of ‘Dreamland.’

The iconic ‘Great Scenic Railway’ is actually Australia’s oldest rollercoaster at over 100 years old and is still running today  – never fear however there have been many an upgrade since that first ride in 1912.  The roller coaster is 967 meters of track with scenic views of Port Phillip Bay and is heritage listed. Though Luna Park was closed during the war, the Great Scenic Railway continued to function throughout and the amusement park was used for patriotic and fundraising events.
Another iconic fixture is Luna Park’s Carousel which is the largest in the Southern Hemisphere, it is one of only 30 still in operation today and the only carousel to be exported from The Philadelphia Toboggan Company (PTC) in America. This beauty has had a few facelifts over time but still holds its old world charm and the echoes of many a delighted child’s laugh.

The park was bought in 2005 by a consortium headed up by local transport magnate Lindsay Fox, who pledged to restore it to the glory he remembers from his youth in the 1940’s. For something to do with the kids in St Kilda, Luna Park is a must.

The railway, the face, towers and carousel and its canopy are listed on the Victorian Heritage Register.

Whether you’re young or young at heart, Luna Park Melbourne is perfect for a day out with your family, friends or first dates!

A short stroll from Captain Baxter (grab a beachside cocktail or amazing meal) and Republica so enjoy an amazing day out with lunch or dinner and a trip into fun and fantasy, St Kilda style. 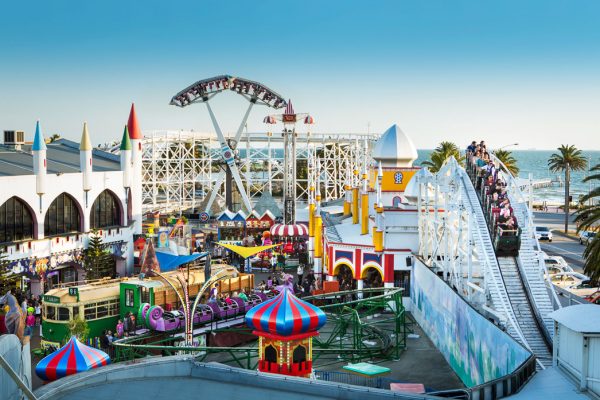 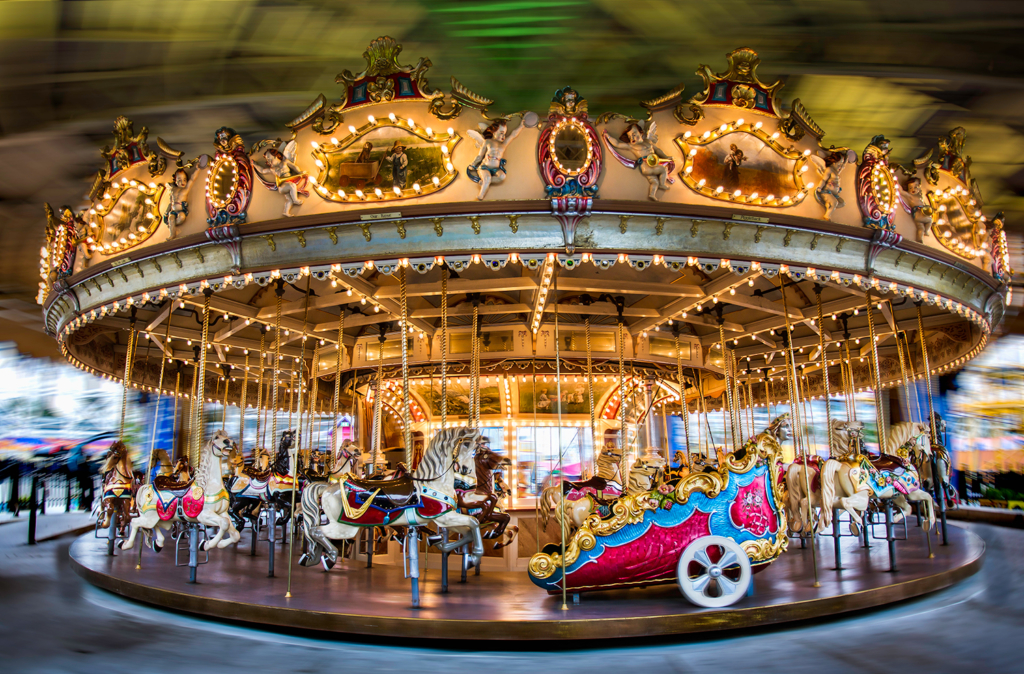